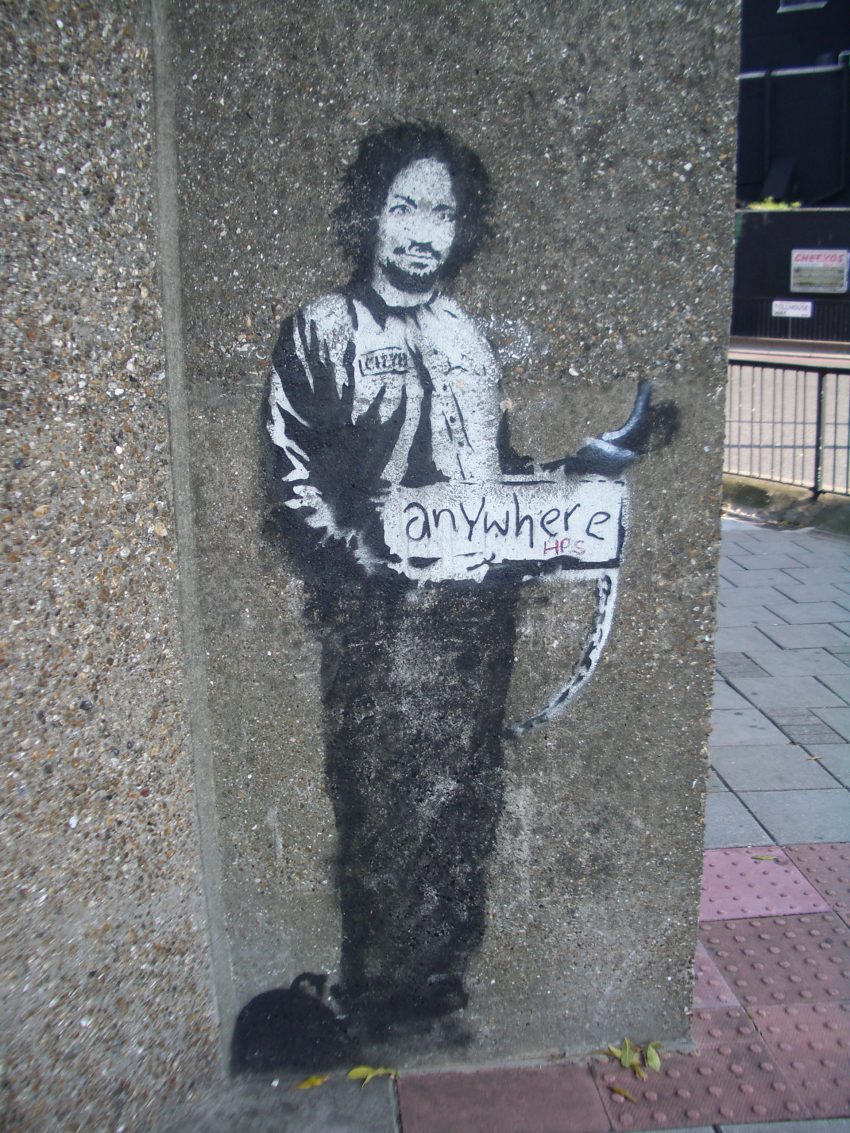 I though about calling this piece ‚Manson – Dark Angel of Hippiedom‘, but the word ‚angel‘ somehow didn’t fit.

On September 24 there will be / was a special about Charles Manson whose murderous activities lie 50 years beyond. This is the playlist:

The first songs subtitle (young girls coming to the canyon) makes this song a natural choice to explain the impact the ’summer of love‘ had on the mind of young girls. On the other hand stands the Fugs sinister warning about the dark side of that ’summer of love‘.

Charles Manson had come to Topanga Canyon in Los Angeles via San Francisco. Born into really troublesome circumstances he was convicted of armed robbery at the age of 13. in 1968 he was 35 years old and he spent half his life in jail. Life in jail was not hell to him, he knew how to deal with it and skills and knowledges he aquired there were helpful. He had run through several courses of scientology and this helped to manipulate the girls that surrounded him after he dived into the hippie scene of the Avalon Ballroom and the other clubs. He had written some songs and was seen as interesting figure who has something to say.

From San Francisco Manson went to Los Angeles where he met Beach Boy Dennis Wilson, producer Terry Melcher, Neil Young and the occasional Eagle. He could Wislon win over to produce some of his songs, give him house to stay – and what he didn’t give Manson took away. He appeared increasingly scing to Wilson who left the house and asked his managment to get rid of this character who said he was the incarnation of Jesus and Satan. Manson left a bullet on his bed and that was the end of this strange friendship. Nevertheless the Beach Boys covered Cease To Exist and gave it a new name:

Because of some drug issues the Family (the name that stuck to Manson and his gang) went to the North of LA to the Spahn Ranch. Charlie increased his methods of manipulation to new heights. And then the killing began.

First one to die was a drug dealer, killed by Bobby Beausoleil. Manson never was convicted to kill any body by himself. He gave the instructions and one time he even tied the people to their chairs and left the room befor they were slaughtered. Roman Polanski’s wife Sharon Tate was the most prominent victim. After her death fear spread around Hollywood. Neil Young wrote a song about the gang driving around with their strand buggies to terrorize Hollywood’s ‚beautiful people‘.

Manson had may strange and higly absurd ideas. Death Valley was one of his obsessions. He told his followers that there were giant caverns underneath where some people existed that nobody knew about. They though about digging a hole if they ever would need some shelter from the police. Sonic Youth made the song about Manson and Dath Valley: